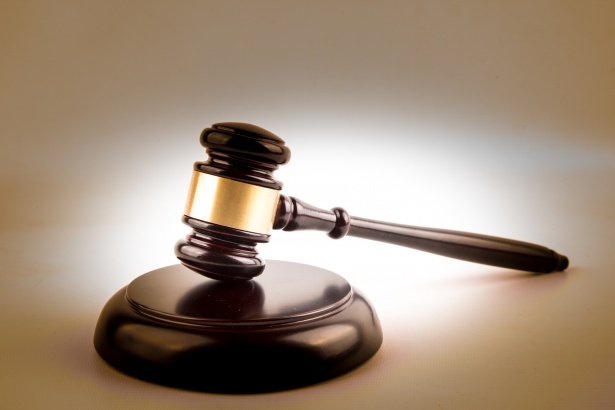 In cases where there is an accident, or where a person is obviously completely drunk, there is often little doubt regarding an eventual outcome: mandatory DUI penalties as set out by the Florida Legislature. These may include probation, community service, fines, court costs, a driver’s license suspension, vehicle impoundment, driving courses, and so forth. Depending on the severity of the facts, some people may be sentenced to county jail.

The second part of a DUI investigation will normally involve field sobriety exercises. People can elect to take part in the exercises or not. Often, there is no video of the exercises, so the police officer’s account of what happened is the only evidence of how well someone did. People who have medical conditions that might affect their performance are better off if they remember to mention their physical limitations. The fact that someone denied being ill or having any physical limitations can be used against them in court.

OK, so you’ve lost your criminal defense trial and now you want to appeal… What does that mean?

Recently, I was made aware of a criminal case in central Florida involving a young man accused of murdering his ex-girlfriend. Essentially, the defendant’s ex-girlfriend came to his home and, after a fight, hit him in the head with a hammer. She broke his skull and seriously injured him. According to the defendant, he managed to seize the hammer and defend himself, killing her. The defendant was charged with 2nd degree murder and went to trial. He was found guilty and sentenced to life in jail. He is now appealing the verdict against him. His family and friends are working to help him develop the case for appeal.

For many people, it would be the ultimate nightmare: something bad happens, the police come, an arrest occurs, and one is taken to jail. Later, perhaps, a bond is posted, but there is still the matter of the pending charges.

For many defendants, a pre-arranged punishment in the form of a plea agreement is the means of resolving the matter. The plea might involve merely a fine, or perhaps probation and community service, or in the case of a serious charge, an agreed jail sentence.

Others opt for a trial and fight the charges. Such people feel that that they are innocent, or at least the case cannot be proven beyond a reasonable doubt. They elect to have a trial and let a jury decide the outcome. If they win the case (on all charges), then they go home. If they lose, a judge sentences them according to his discretion and/or statutory requirements.

When defendants lose a trial and are sentenced, many will consider whether an appeal would give them some relief.

However, there are many misconceptions about what an appeal really is. First of all, appealing a verdict, in most cases, does not mean that the entire trial will occur again. An appeal must be based on an error of law by the judge, improper behavior by the attorneys or the jury, or some problem with the legal procedures that occurred in the case. If the judge followed all the laws and used his discretion within permissible bounds, and if the prosecution, defense, and jury members acted appropriately, there is not much chance of an appeal prevailing.

Examples of cases overturned on appeal might include: whether evidence was admitted, when it shouldn’t have been–perhaps causing improper bias within the jury, or where the evidence was collected by the police in violation of the US Constitution. Where a prosecutor trashes the defense attorney or makes improper personal attacks that have nothing to do with the case. Where a judge errs in ruling for or against objections to testimony. These are examples of issues raised in appeals.

Sometimes a trial is so riddled with errors that an appellate court will ask for the whole case to be retried. Often however, appellate courts rule that although an error occurred, it was not a material or substantive error to the extent that it would have affected the overall outcome in the case. Most appeals are denied.

When people in Volusia and Brevard County, Florida find out I’m a local attorney that handles criminal defense, a lot of people ask why do I want to “defend criminals?” I welcome this question, because it means talking about why America is a great country and discussing the deep wisdom of our founding fathers.

I guess it says something about the success of America, the freedoms we enjoy, the prosperity that many have known, that we have completely forgotten why there are strong constitutional limitations on the power of the police and the power of local and federal governments in detaining, charging, and incarcerating people. We only have to look at countries like Libya, North Korea, or Belarus to remember why our founding fathers wrote “innocent until proven guilty” into the U.S. Constitution.

Here’s some things to consider:

Bottom line is that for every criminal defense attorney, there is also a prosecutor fighting for a conviction, police and investigators that worked the case, and lab technicians that are analyzing evidence such as DNA. There are correctional and probation officers that may be monitoring the defendant. There may be witnesses that will testify against the defendant. There is only one person working for the defendant to make sure that constitutional limitations on the power of the police are maintained: the defense attorney.

The reality is that when there is strong evidence against a defendant in any given crime, there is not much likelihood that the defendant will escape justice.  In other words, they are not going to “get away with it.”

Instead, the question is what type of punishment will the defendant face.  The defendant may serve a period of probation or possibly go to jail or prison. They may be fined, drug tested, sentenced to do community service, write letters of apology, avoid certain people or locations, and so on.

Many people are troubled by the fact that defendants can often post a bond after initially being arrested. Perhaps people don’t realize that because courts in Viera and Deland are busy, it often takes months before a defendant can have a trial in front of a jury. If an innocent person was charged with a crime and has to wait in the Brevard or Volusia jail for months before the trial, obviously they would lose their home, their job, and suffer in jail surrounded by criminals before even being allowed the chance to mount their defense in front of a Florida jury.

Obviously, many people charged with crimes are not innocent. But some people, while they may be guility of a minor violation, are overcharged. Sometimes the plea offer that is provided is overly harsh. If everyone had to sit in jail until a trial or plea, than people would accept plea deals that are perhaps unfairly harsh–just to get out of jail and back to their lives.

Local judges here in Volusia and Brevard County, FL do not have to offer a bond.  Instead, the judge examines a person’s prior criminal history, ties to the community, and record of appearing at scheduled court dates. The judge also tries to assess the level of risk the defendant poses to the wider community. People with no prior record and who pose little risk to the wider community are typically going to be allowed to pay a bond and be at liberty until they are either found not guilty or sentenced. Obviously, if a person is later found guility, they will face their sentence at that time.